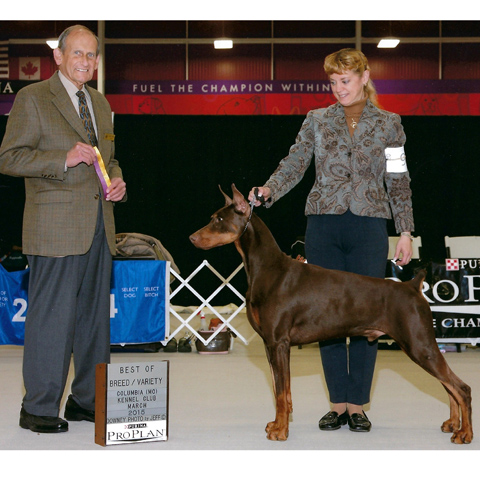 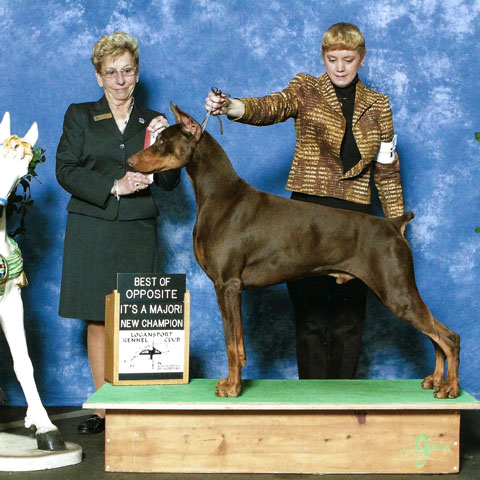 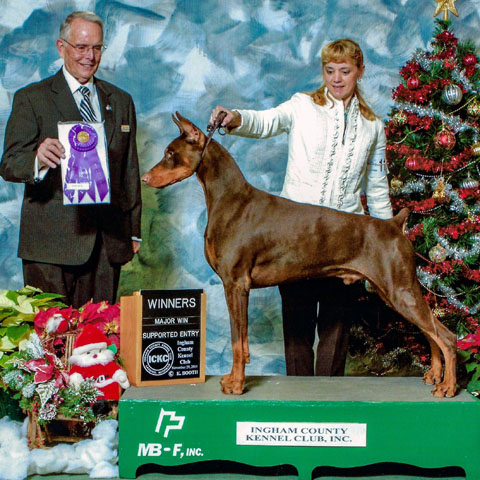 CH Black Bart’s Wyatt Earp WAC, Wyatt, is true to the legacy of Black Bart Dobermans. He is a wonder, well-mannered, correctly bred in temperament dog. Wyatt has 4 major wins in his winning record. It did not take him long to finish his championship including several Best of Breeds.

The sire of current puppies gives you more reasons to show and win as a result of this pedigree.